When you book with an account, you will be able to track your payment status, track the confirmation and you can also rate the tour after you finished the tour.
Sign Up
340

All the aspects of a vacation can be found in our 8 days Cairo, Luxor, Abu Simbel & Hurghada tour as you will enjoy the finest form of tranquility and service while you enjoy the greatest monuments ever built in history. Across the faces of great monuments in the city of the pyramids & minarets “Cairo” and the heavenly city of Luxor is the legacy and the spirit of ancient times where the levels of greatness reached the gates of heaven. In The Red Sea Rivera lies a gem called Hurghada where the marine life and beaches are truly enchanting offering the vacation of your dream. Book us now!!!

The first day of your 8 days Cairo, Luxor, Abu Simbel & Hurghada tour will start when you arrive at Cairo airport when our representative will help you finish all of your passport control formalities and luggage identification and carry. Then, you will be driven by a private air-conditioned car to your 5* hotel reservation.

A Dinner cruise on the heavenly Nile will be waiting for you, then you watch an unforgettable a colorful belly dancing show accompanied by a folklore band featuring a Tannoura spin in keeping with Egypt’s whirling dervishes tradition, finally, you will head back to your hotel for the overnight.

Your second day will begin when you have your breakfast on your hotel in Cairo then head  with your tour guide to visit the best attractions you will visit through your 8 days Cairo, Luxor, Abu Simbel & Hurghada tour starting with:

The Giza pyramids complex has existed for more than 4000 years as an example of the greatness of the ancient Egyptian civilization. The Giza complex consists of three main pyramids, six little pyramids, the great sphinx and the place of immortal preservation the valley temple.

The great pyramid of Khufu is a living miracle older more than 4500 years making it one of the world’s oldest monuments. It was constructed in 2580 BC at the height of 147 m  using 2,300,000 pieces of limestone each weighing 2.5 tons.

The great sphinx is a colossal guardian who has the shape of mythical creature has called the sphinx that has the body of a lion and the head of a man who is believed to be king Khafre as a symbol of power and wisdom.

The Valley Temple is the center of the mummification process. It was constructed within the old kingdom (2686 – 2134 BC) within the complex and later on became one of the best-preserved archeological sites of the ancient Egyptian civilization.

The Saqqara Step Pyramid launched the golden age of pyramids constructions, created by the brilliant Imhotep the vizier of King Djoser. It has a unique design made up of six steps and stands at a height of 62 m and is surrounded by the first-ever complex.

Memphis city was the official capital of Egypt founded by King Narmer to more than 4000 years and the home of the god Ptah the patron of creation and artwork.

At the end of the day, you will head to Cairo airport to catch your flight to Aswan and check into your hotel reservation.

In your third day, you will get your breakfast box from your hotel in Aswan, then check out from the hotel & continue 8 days Cairo, Luxor, Abu Simbel & Hurghada vacation by heading to:

Abu Simbel Temples was Ramses the great (1279-1213 BCE) home of the annual sun festival which took place on 22 of February & October of each year. The temple was part of rescue operation led by the UNESCO in the mid-60s.

You will enjoy your delicious lunch at a restaurant located in Aswan then catch your train to Luxor where you will check in your hotel reservation.

In your fourth day, you will enjoy your delicious breakfast in your hotel in Luxor then continue your 8 days Cairo, Luxor, Abu Simbel & Hurghada holiday by exploring:

The beautiful Hatshepsut temple was constructed in 1479 BC by the successful and powerful Queen Hatshepsut. The design of the temple is based on the concept of classical architecture of the new kingdom (1570-1070 BC).

Valley of The Kings

The valley of the kings is the final resting place to the greatest kings and queens of the new kingdom (1570-1070 BC) as it holds 63 tombs filled with various treasures marvelous decorations and the remains of pharaohs such as Rameses the great & Tutankhamun.

Colossi of Memnon are two colossal guardians 18 m (60ft) tall, 720 tons wide that were located from Cairo to Luxor, they were famous during the Greco-Roman period because of “The Vocal Memnon”.

Enjoy your delicious lunch at your hotel in Luxor with your tour guide then continue your tour by visiting the majestic temple exist in the east bank of Luxor:

The Karnak temple is the largest religious man-made construction in the world dating more than 4000 years where it was famous for being the worship headquarters of the entire ancient Egyptian kingdom primarily to the Theban triad that consisted of Amun, Mut, Khnsou.

At the end of the day, you will then transfer to Hurghada and check-in 5* hotel for overnight.

In the morning of the five days of your Cairo, Luxor, Abu Simbel & Hurghada tour, you will enjoy your breakfast at your hotel then accompany your private driving instructor to the marvelous waters of Hurghada where you will get to explore all the extraordinary underwater ecosystem of Hurghada and witness all the wonders of this marine paradise.

After that, return back to your hotel in Hurghada.

In day six will be in Hurghada desert where you will have your breakfast in the hotel then dive in the sands of time by a magical super Safari trip by Quad & enjoy a camel ride and a delicious B.B.Q dinner.

After enjoying an unforgettable Safari trip, you will return to your hotel for the overnight in Hurghada.

At the morning, you will fly back to Cairo to your hotel reservation to continue your 8 days Cairo, Luxor, Abu Simbel & Hurghada tour by exploring all the marvelous attractions of Cairo such as:

The Egyptian Museum is one of the biggest museums in the world and contains a number of majestic artifacts and monuments over than 120,000 rare artifacts made from lavish materials and ordinary ones dating to more than 4000 years across the long history of Egypt.

Have your delicious lunch at a splendid lunch located in Cairo, then continue your tours with the guide by visiting:

The hanging church was built on the southern wall of a Roman fortress called Babylon in the 5th century AD where the holy family hid which served as the resident for the Coptic patriarch. The church contains artistic designs from the 7th to the 13th-century.

Amr Ibn Al-Aas Mosque was the first mosque to be built in Africa in 641 AD and was rebuilt many times throughout the 7th century even till today which makes it behave like a living example of Islamic architecture progress over the ages.

Ben Ezra Synagogue is a Jewish landmark dating back to the 19th century where it was used to be a church then transformed into a synagogue in 882 AD. It was the center of Jewish worship for many years until the 1950s.

The Khan El Khalili Bazaar the golden brick road of the Middle East was created in 970 AD and remains very active till today and holds everything a traveler might wish for. It has vintage cafes and shops that date back to different Islamic eras of Egypt.

At the end of the day, you will then return to the hotel in Cairo for the overnight.

In your final day, you will have your last breakfast then head to Cairo airport so you can return home safely packed with the finest memories thus ending your 8 days Cairo, Abu Simbel, Luxor & Hurghada tour vacation.

Note: If you didn’t find what you are looking for, then check our Nile cruises, or Egypt tour packages to choose your dream tour. 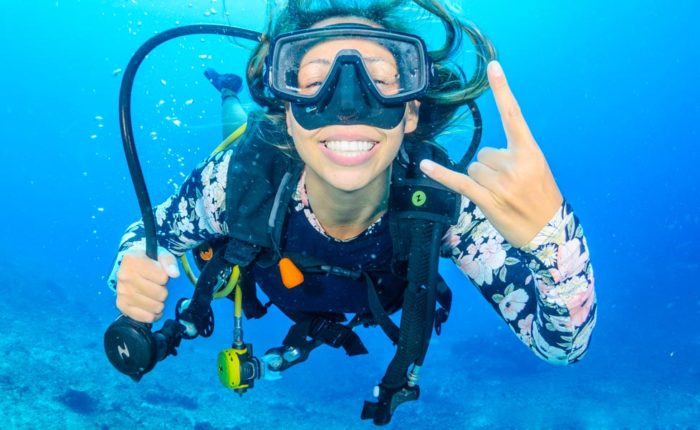 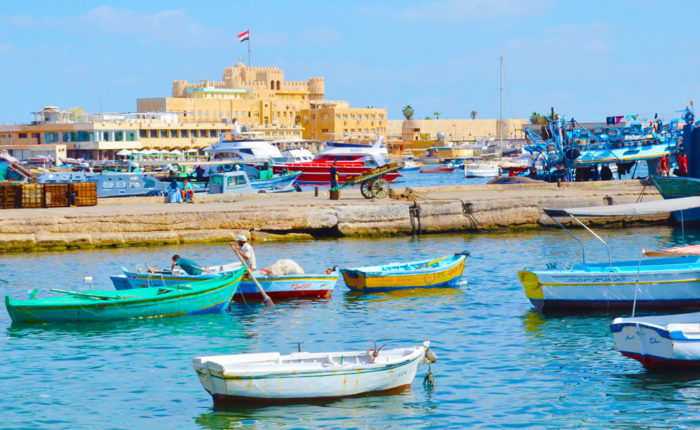 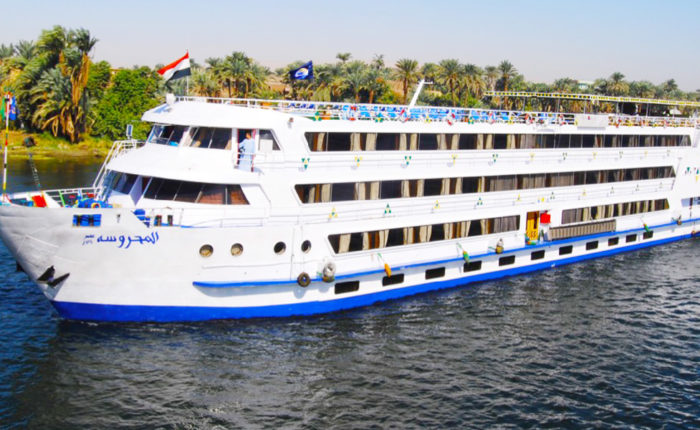 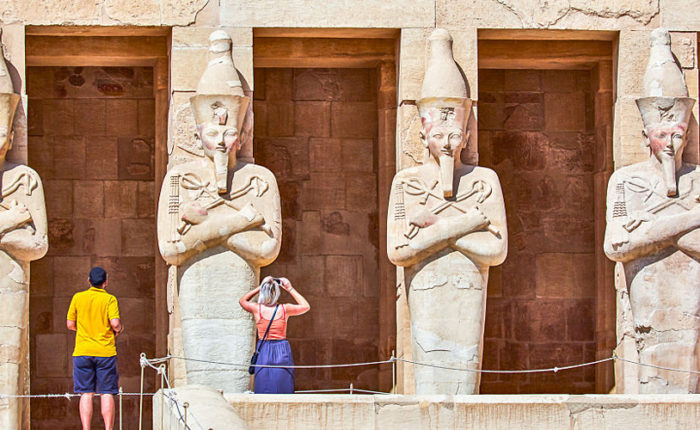 Amazing trip with our family where i visited best attractions in Egypt through only 7 nights. Thanks TIE.