Across the history of the world, the great city of Alexandria has gained the reputation for being the pearl of the Mediterranean Sea where many kings and queens created a legacy that will never be forgotten and a destination where the most incredible vacations are spent. This gem of a city was created in 331 BCE by Alexander the Great to materialize his vision and his legacy. The city holds a beautiful mesmerizing mixture of artifacts and monuments from different ages, cultures, and backgrounds showcasing the finest image of ancient allure and grandeur which you can explore and have a great memorable time. Here are the best 15 things to do in Alexandria:

On the coast of the Mediterranean sea is a gem that needs to be explored the Qaitbey citadel which contains the immortal spirit of the legendary Alexandria Lighthouse, built-in 1477 AD by sultan Al-Ashraf say al-din Qa’it bay on the same the location that once held the great lighthouse of Alexandria and the citadel was constructed using the last remaining stones from the ancient lighthouse which served one of the wonders of the ancient times until series of earthquakes destroyed it in 956 AD and 1323 AD. Every traveler will get to witness a collection of beautiful Islamic architectural designs and decorations 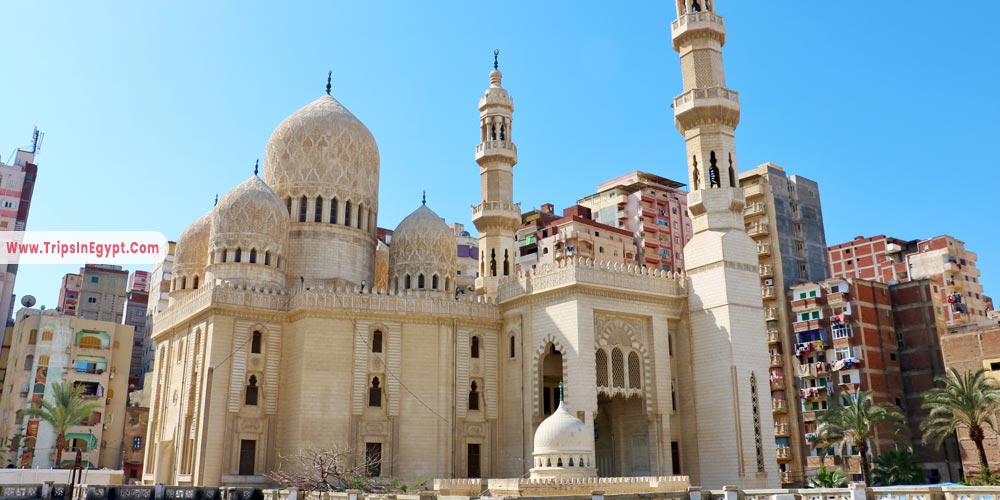 One of the most well-known landmarks in Alexandria is the beautiful Abu al-Abbas al-Mursi mosque. It was built to honor Abul Abbas al-Mursi, a 13th-century Murcian Andalusi Sufi saint, where his tomb is inside the mosque. It is located in close proximity to the citadel of Qaitbay which is a great chance to witness all the wonderful Islamic attractions in Alexandria. Visiting Mursi Abu Al-Abbas mosque is one of the famous things to do in Alexandria.

3. Enjoy a Tour to Alexandria Library

In this magical city is a passage to a house of knowledge called Alexandria library one of the most marvelous and advanced libraries on earth that serves as a commemoration of the ancient Alexandria library. It is famed for its expressive exterior and interior design, having the world’s sixth-largest French composed inner library and being a trilingual library containing books in Arabic, English, and French. Inside is a haven of knowledge as it holds the largest depository of French books in the Middle East and the north of Africa, marvelous art galleries and the rarest collection of books in the world.

Alexandria has on her hands one of the captivating world-famous Catacombs of Kom El Shoqafa which is one of the seven wonders of the Middle ages, fusing the artistic elements of the Hellenistic and the Roman culture with the ancient Egyptian Pharaonic design in an enchanting manner. This necropolis was constructed in the 2nd century AD and contains a number of marvelous greek and roman artifacts and decorations between all of its three-level stories.

5. Take Some Memorizing Pictures on the Sea 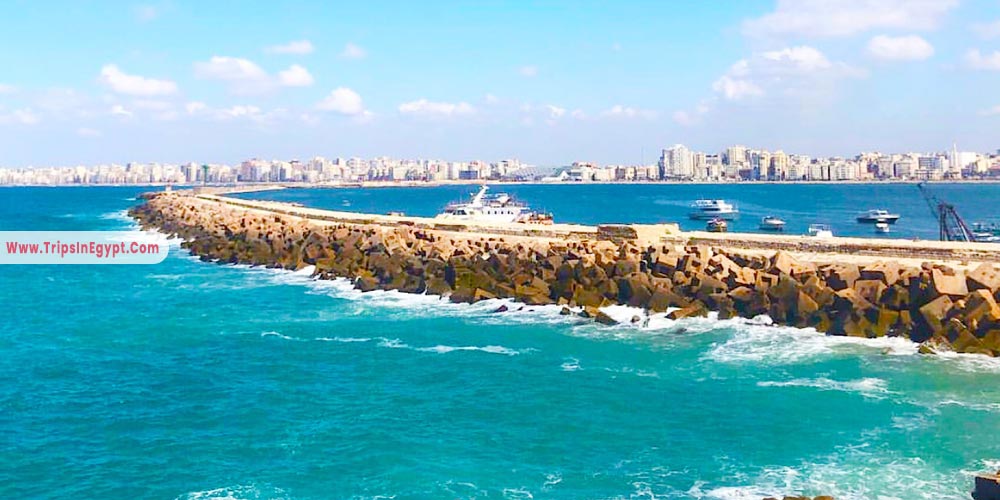 The Mediterranean sea has always been a bridge and passage between North Africa and Europe offering the chance to feel the connection between two different expressions of art and beauty which you can memorize with a picture so you can always remember the beauty of this wonderful city.

6. Explore What is the Serapeum 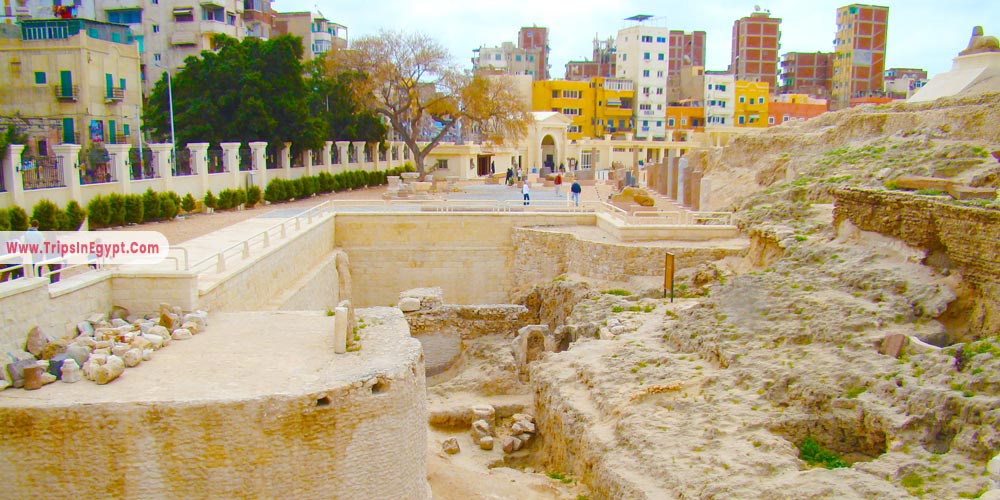 One of the hidden attractions in Alexandria is the Serpeum of Alexandria which is an ancient Greek temple constructed by Ptolemy III Euergetes “246-222 BCE” in the Ptolemaic Kingdom west of the Alexandria library to honor Serapis (Greco-Roman Deity) who was made the protector of Alexandria. It was known as the daughter of the library. The entire site is completely plundered and only the Pompey’s pillar remains intact.

A walk across the Corniche is one of the best activities to do in Alexandria where you will walk through history watching civilization after civilization, nation after nation leaving a mark on this great city, enchanted by the magical beauty of the Mediterranean Sea waters. Walk across passages of memories is what awaits everyone who steps across the corniche 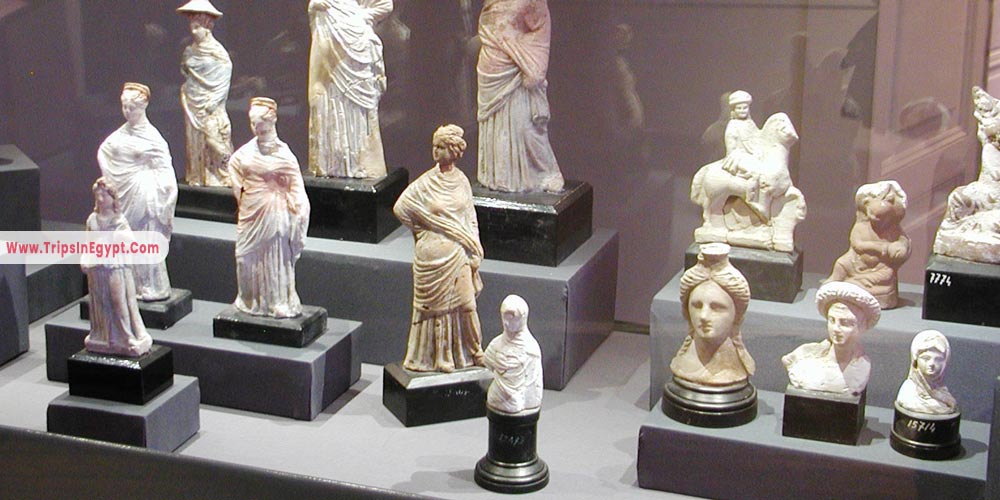 If anyone has in mind historical things to do in Alexandria historical then the Alexandria national museum is where you need to go. Since 2003 it held 1800 artifacts that narrate the story of Alexandria and Egypt. It has three floors contains artifacts mainly from the Hellenistic and Roman period such as jewelry, weapons, statuary plus one of the most famous is a real sculpture believed to be of Alexander the Great. There is also mummies and a number of ancient Egyptian, Coptic and Muslim artifacts as well as modern 19th and 20th-century monuments.

The beautiful Montazah palace gardens are a 19th-century palace surrounded by beautiful gardens across 150 acres (61 ha) which are prime strolling territory. It was used as a summer palace in 1732 combining ottoman and Florentine styles plus an eccentric Victorian style bridge running out to a small island of pylons. The place is great of family and kids, a pleasant escape from the city center offering relaxation, beautiful historical constructions and a majestic view across the Mediterranean.

Nothing shines more in the heart of Alexandria than the royal jewelry museum where the finest treasures are present for your exploration. It contains an inestimable collection of jewels from Muhammad Ali dynasty and a number of 19th-century paintings, statues and decorative arts across 150 years from 1805 to 1952. So if you are into modern art and history, then this the place to visit

11. A Tour on the Magical Stanley Bridge 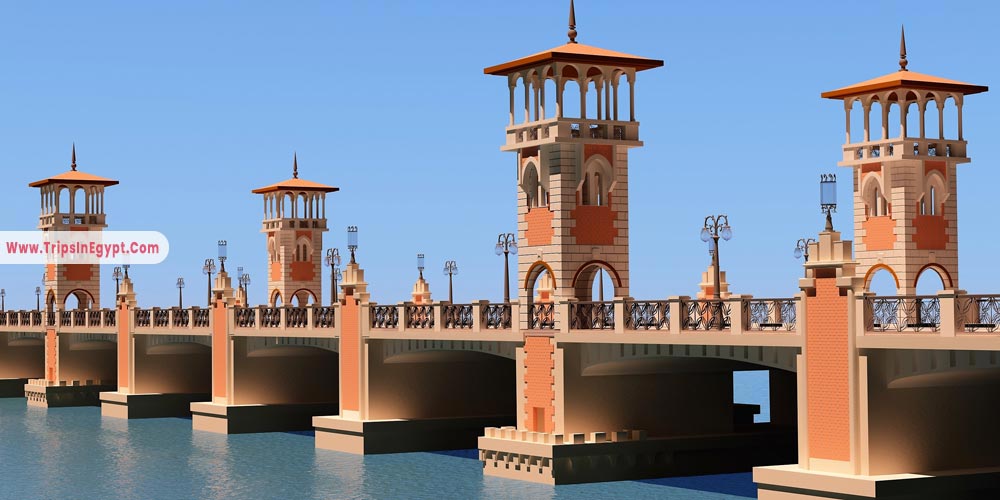 Every traveler will have the chance to view a masterpiece of architectural precision and a panoramic view of the Mediterranean sea. One of the most iconic constructions and symbols of Egypt is the marvelous Stanley Bridge which was the first to be constructed into the sea with a total length of 400 m with 6 spans across Alexandria Cornich.

When it is time to do a little shopping then everyone should head to the western end of Midan Tahrir to a commercial district or an open-air marketplace known as Souq. Inside the area are market stores where everyone can buy fish or meat, caf s, plus sell all sorts of artifacts and natural products. In the markets and shops, you ll be able to find bangles clothes, jewelry, accessories, and anything you desire 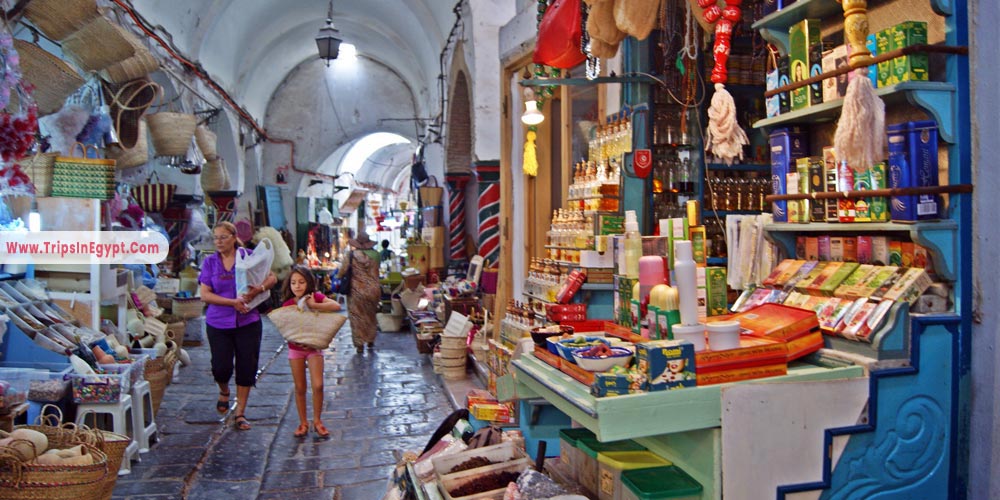 Within the heart of Alexandria is a labyrinth of alleys and streets with local sellers offering souvenirs and traditional Egyptian goods called Souk El Attarine which specializes in selling historical trinkets and antiques so if you re in artifacts then this place is right for you. 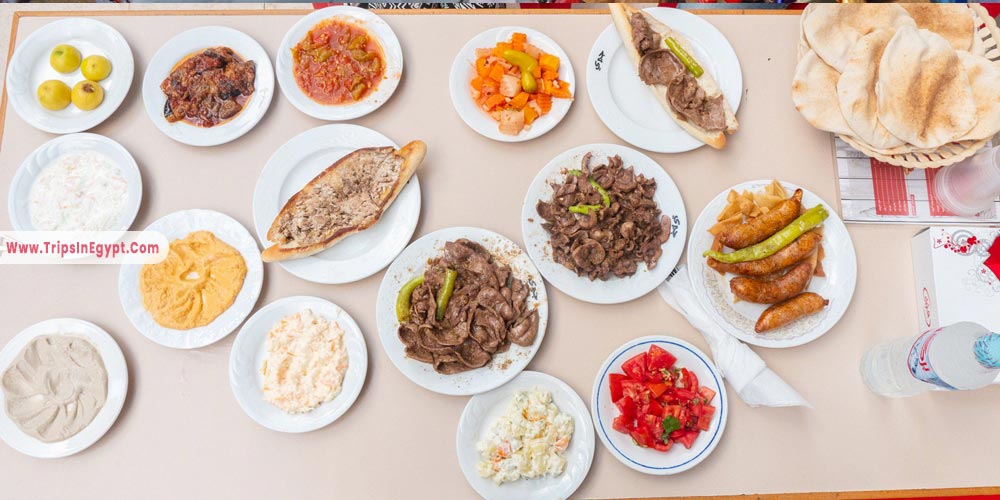 Alexandria is like one big restaurant containing the most delicious foods mostly seafood. There is a huge number of restaurants with awesome menus and if you want to see the food being cooked in front of you then there are countless food carts on every corner. So if you are into exploring Mediterranean & oriental cuisines then Alexandria is the place to be. 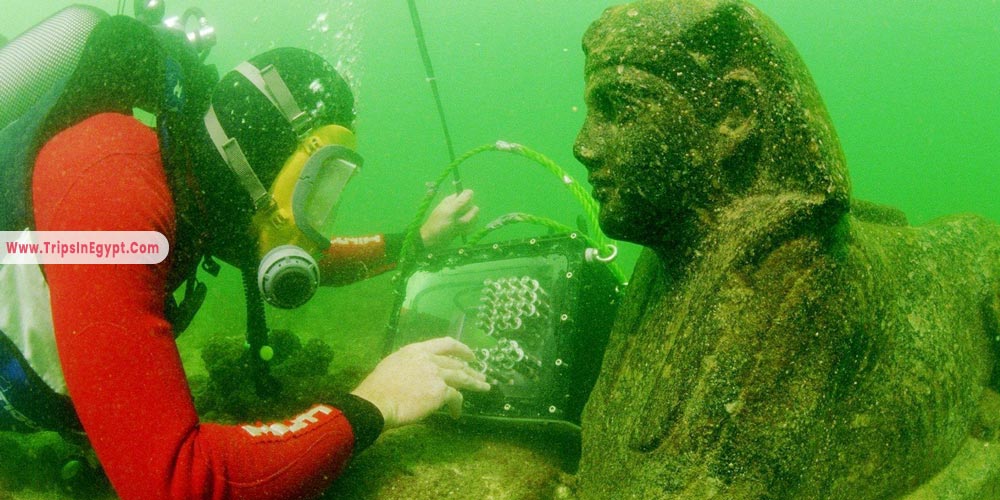 Through Alexandria dive, anyone can explore the royal underwater quarter area in the eastern harbor which contains enigmatic sphinx, red granite columns, platforms, and grand pavements plus there is an awesome shipwreck dating from 90 BC to 130 AD. This is one of the most incredible and hidden diving locations in Egypt so if you want to take a little underwater exploration, all you have to do is ask.

Book Your Tour to Alexandria Now

Alexandria sits on the edge of the world contain ancient wonders, the finest examples of natural beauty and every means of entertainment to fully explore all the magic and excitement surrounding Alexandria where the most beautiful memories of a lifetime are created so enjoy best things to do in Alexandria through our Egypt tour packages and live your miraculous wonder.