King Tutankhamun was the Egyptian pharaoh for Egypt through the 18th dynasty for about ten years. His reign started in 1332 and finished in 1323 B.C during the New Kingdom of Egypt. He has been referred to as King Tut. He was called Tutankhaten “The Living Image of Aten”. He changed his name to be Tutankhamun, which means, “The Living Image of Amun”. King Tutankhamun was born in the eleventh year of the reign of Amenhotep IV.

Here all you need to know about King Tutankhamun:

King Tutankhamun became a celebrity when the archeologist Howard Carter discovered his almost-intact tomb in the Valley of the Kings in 1922 C.E, you can discover his tomb through a Nile cruise to Luxor. He is considered to be a very important pharaoh, who returned peace, prosperity, and order to land left in chaos by his father’s political-religious reforms. He also has many contributions to the history of Egypt. In 2010, DNA tests showed that he was the son of Akhenaten but the name of his mother is unknown. 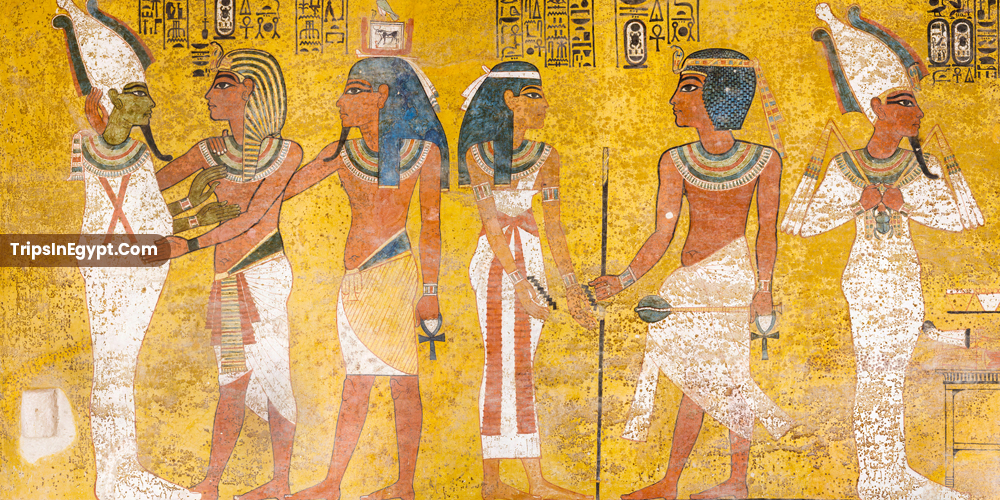 King Tutankhamun was the son of King Akhenaten, who was called Amenhotep IV and he reached the throne of Egypt after the death of his father in 1338 when he was only at the age of nine or ten. His nurse was called Maia. He married Ankhesenpaaten who was actually his half-sister. His wife was pregnant with two sons but they were stillborn with no accurate reason. 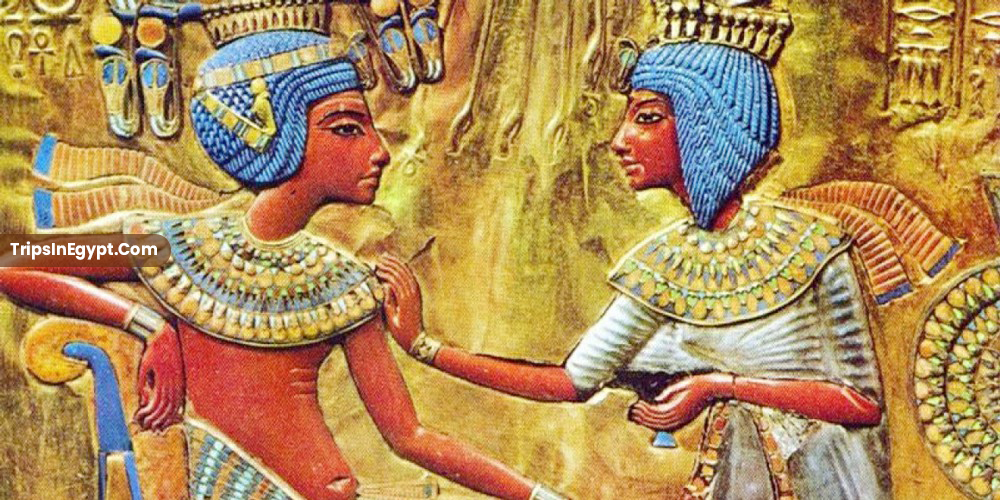 King Tutankhamun had very skilled advisors including his vizier Ay and his General Horemheb, who was appointed by the king as Lord of the Land . There are many accomplishments by King Tutankhamun just like; ending the worship of Aten and started the new worship of Amun and also the capital moved back to Thebes, that s why he changed his name from Tutankhaten to Tutankhamun. He established some recherch project buildings especially at Karnak in Thebes. He dedicated a temple for Amun there. The economy during his reign was weak and he tried to do his best to restore the diplomatic relationships with the other kingdoms to flourish his kingdom. In his mortuary temple at Thebes, battles with the Nubians and Asiatic have been recorded over the walls of the temple.
Inside his tomb, his body armor and folding stools appropriate for military campaigns have been found. He didn t take part in any of the battles he had before. 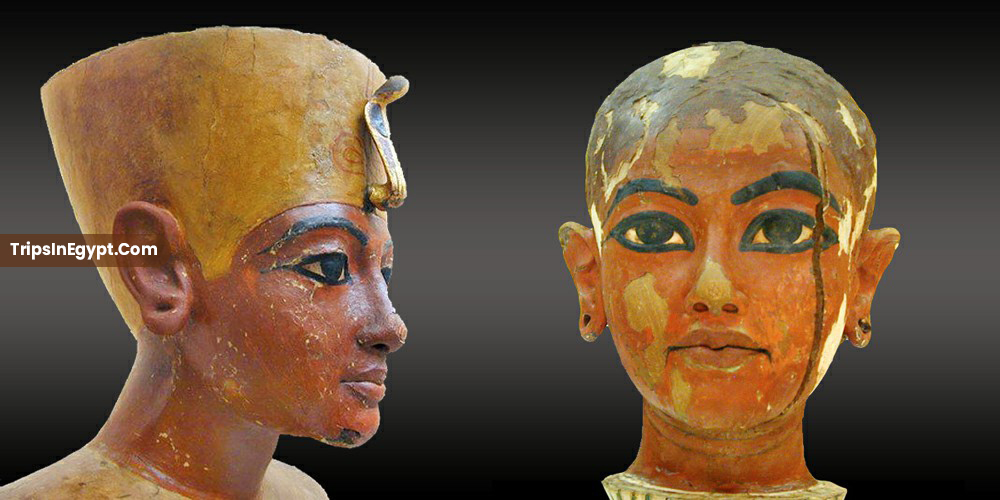 King Tutankhamun was about 180 cm tall. He had an overbite characteristic of the Thutmosid Royal line and large incisors. Some researched had been made revealing that he had a cleft palate and a mild case of scoliosis. When they practiced x-rays on his mummy, they discovered that he suffered from Klippel-Feil syndrome and he wasn t able to move his head. After examining his body, they discovered that there were deformations in his left foot, which were caused by necrosis of bone tissue. 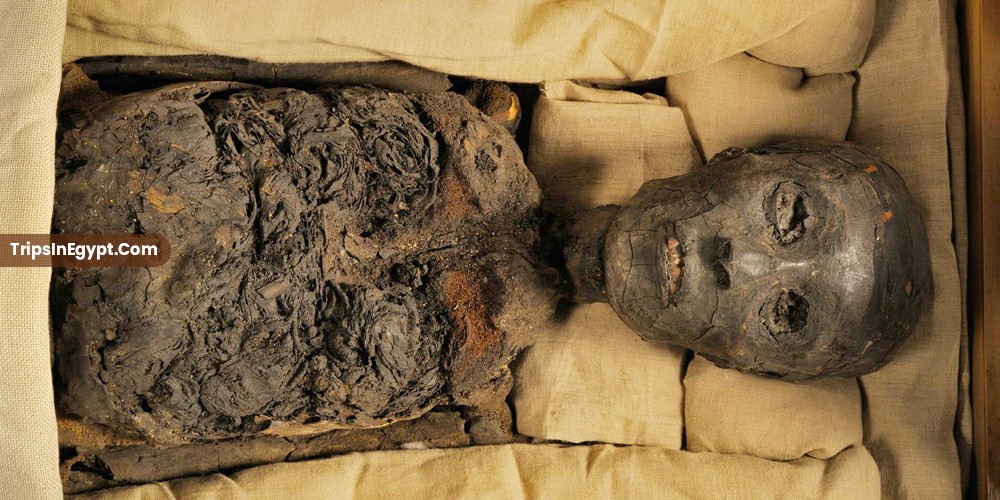 Inside the tomb of Tutankhamun, there was a funerary mask buried with king Tutankhamun. It was highly decorative and has inlays of colored glass, lapis lazuli plus other terrific gemstones, including quartz and obsidian for the eyes. Some of the workers at the museum damaged it but the German Egyptian team managed to restore it to its original state and was able to protect it. 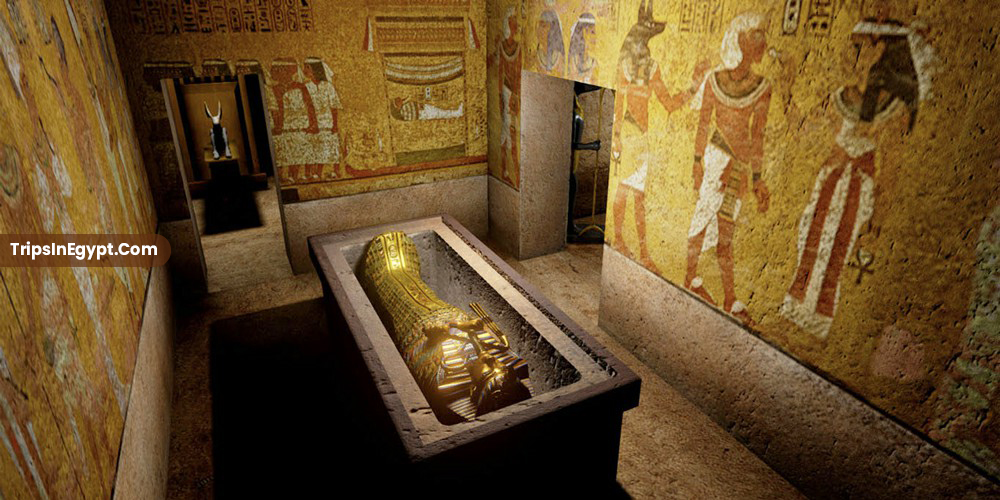 The tomb of King Tutankhamun was too small in comparison with his status as an official Egyptian pharaoh but the reason behind this was his sudden death and the construction workers didn t have time to finish building his royal tomb. His mummy still rests in the Valley of the Kings and archeologists have discovered about 5,398 items inside the tomb. There were a solid gold coffin, thrones, food, wine, sandals, fresh linen underwear, and many other valuable items. His treasures are now located inside the Egyptian Museum and statues of King Tutankhamun have also been discovered.

The Curse of King Tutankhamun 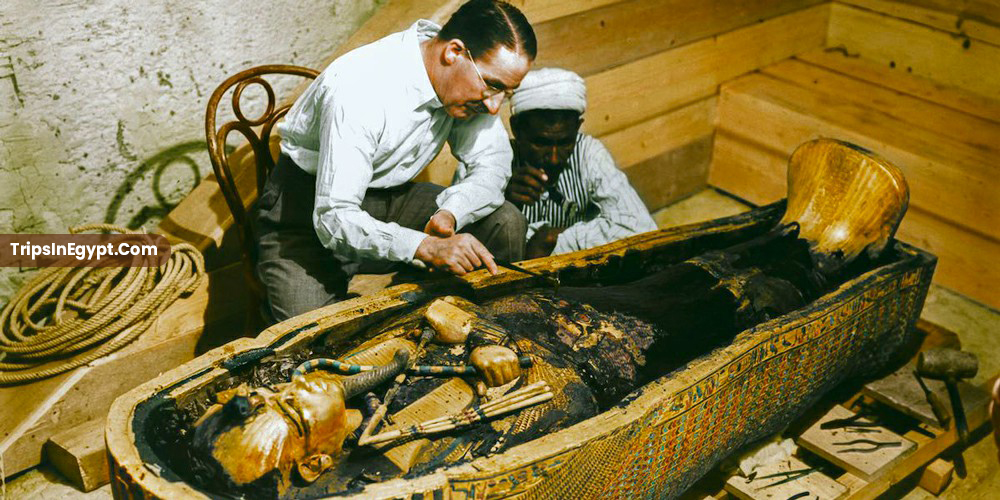 There is something very interesting about King Tutankhamun and his tomb. After Howard Carter s discovery of King Tut s tomb in 1922, about 11 of his search team including him died for different reasons. The most logical reason for their deaths was their exposure to Toxins inside the tomb while opening it. 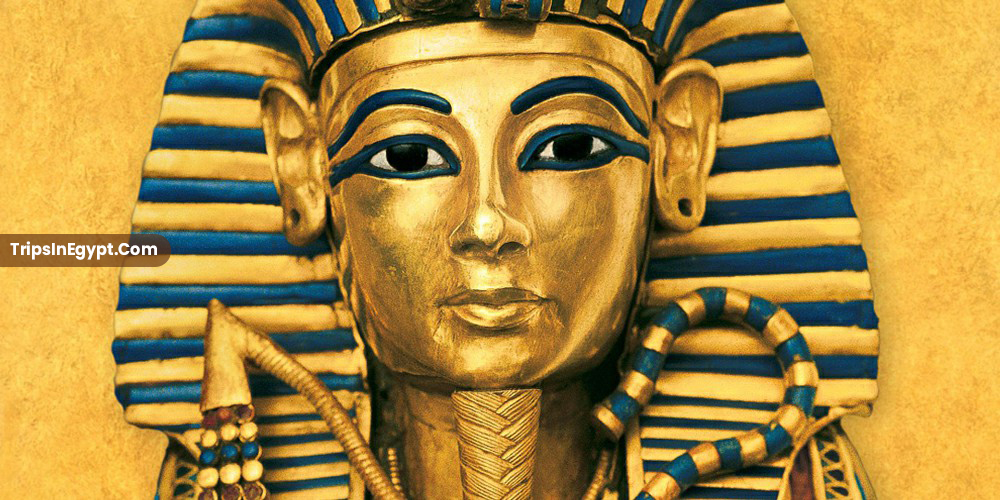 How Did King Tutankhamun Become Famous 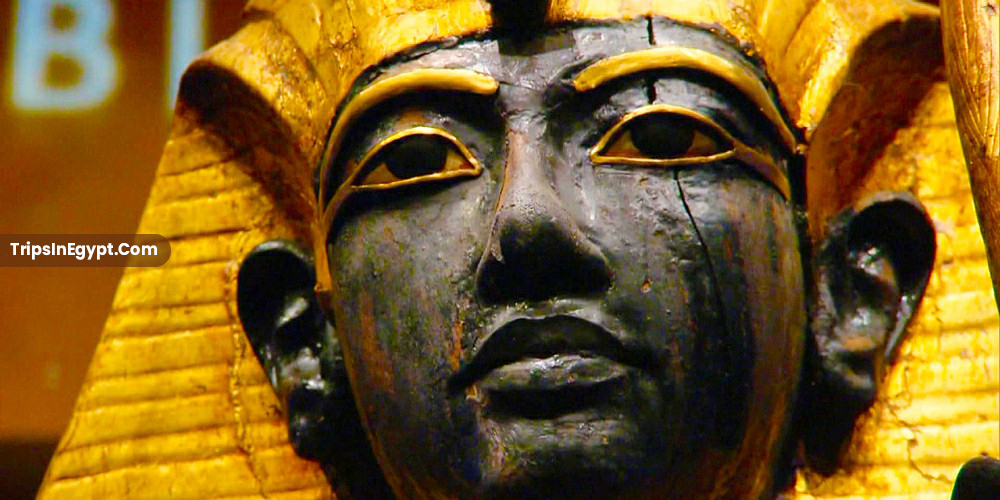 The fame of King Tutankhamun started with his invaluable artifacts, which has been found in his tomb and most importantly the curse that has been attached to him after the discovery of his tomb. On the door of King Tut s tomb, there was an inscription that was thought to mean: I will kill all of those who cross this threshold into the sacred precincts of the royal king who lives forever . However, in fact, the translation of the inscription wasn t correct or even accurate and the real translation is: I am the one who prevents the sand from blocking the secret chamber . As it was mentioned in the famous history website: ancient .

The curse of Tutankhamun has actually never been a real curse but it was always attached to the history of King Tutankhamun. This curse has made his name famous and kept his memory alive.
The news of the Tutankhamun tomb discovery was a great event in 1922. The relics that have been found inside his tomb traveled all around the world in a big exhibition that is known to be the best one. The artifacts traveled to the USA, USSR, Japan, France, Canada, and West Germany. In the exhibition, there were about 80 exhibits from those, who ruled after King Tutankhamun in the 18th dynasty. The Egyptian government prevented anyone from taking the golden Mask of King Tutankhamun in such exhibitions fearing that it may be damaged like the previous artifacts.
There was another exhibition called King Tutankhamun and the World of the Pharaohs, which contained more than 140 of King Tut s treasures.

There were many titles of King Tut and among them were; Kanakht Tutmesut The strong bull , Neferhepusegerehtawy Werahamun Nebrdjer, Nebkheperure Lord of the forms of Re , and Tutankhamun Hekaiunushema Living Image of Amun, ruler of Upper Heliopolis .

Finally, if you prefer to discover the priceless legacy of King Tutankhamun plus enjoying the best attractions of Egypt, check our Egypt tour packages & Nile cruises and book a splendid tour to explore the treasures of Pharaohs’ land.