Karnak Temple was known as Ipet-Isu by the ancient Egyptians which means “The Most Select of Places“. It is the temples city that was built over 2000 years and was dedicated to Amun, Mut, and Khonsu. Some uneducated ancient Egyptians considered this temple, the place of gods. It contains a vast mix of decayed temples, chapels, pylons, and other buildings inside. Most buildings there date back to the new kingdom of Egypt. The area around Karnak was the main place of worship during the eighteenth dynasty Theban Triad. It is located in the village of El-Karnak, which is 2.5 kilometers (1.6 miles) north of Luxor. It was developed and used between the middle kingdom of Egypt (2080-1640 B.C.) and the early Christian period. Now, it’s time to discover all the information about Karnak temple:

The History of Karnak Temple 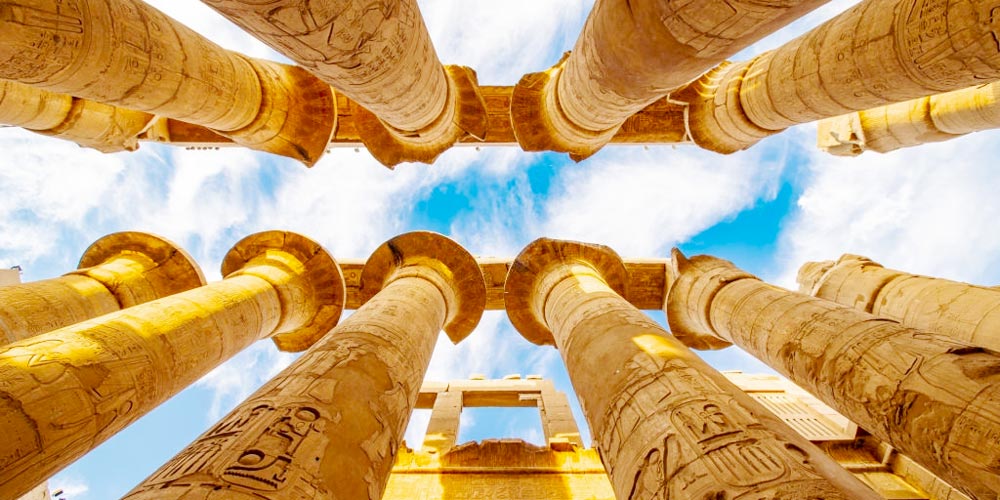 The history of Karnak Temple is related to the history of Thebes, which didn t gain much significance before the eleventh dynasty. The previous temple that was constructed as a small one dedicated to “The Earth Goddess” Mut and Montu. This temple was destroyed by the invaders and another small temple was constructed with eight-sided columns, which mentions Amun-Re, who was the local tutelary deity of Thebes.

When Thebes became the capital of unified Egypt, the construction work started in Amun s precinct. Almost every pharaoh from that dynasty added something to the temple site. Queen Hatshepsut constructed some monuments and restored the original Precinct of Mut. In addition to this, she had twins obelisks, which were chosen to be put in the entrance of the temple and one of them is considered the tallest surviving ancient obelisks on earth but unfortunately, the other one has broken and toppled. Queen Hatshepsut also ordered to establish two more obelisks as a sign for celebration for being a pharaoh for sixteen pharaohs. One of them was broken during the construction process and a third one replaced it. This broken obelisk has moved to Aswan and it was called later the Unfinished Obelisk.

The Pharoah Merneptah decided to commemorate his victories over the sea people “Battle of Djahy” on the walls of the Cachette Court, which was the beginning of a processional route to Luxor temple. The last major change in the temple was the construction of the first pylon and the massive enclosure walls by Nectanebo I from the thirties dynasty. Karnak Temple was abandoned for a while through the Roman emperor, Constantius II, who ordered the closing of pagan temples throughout the Roman Empire in 356 A.D. 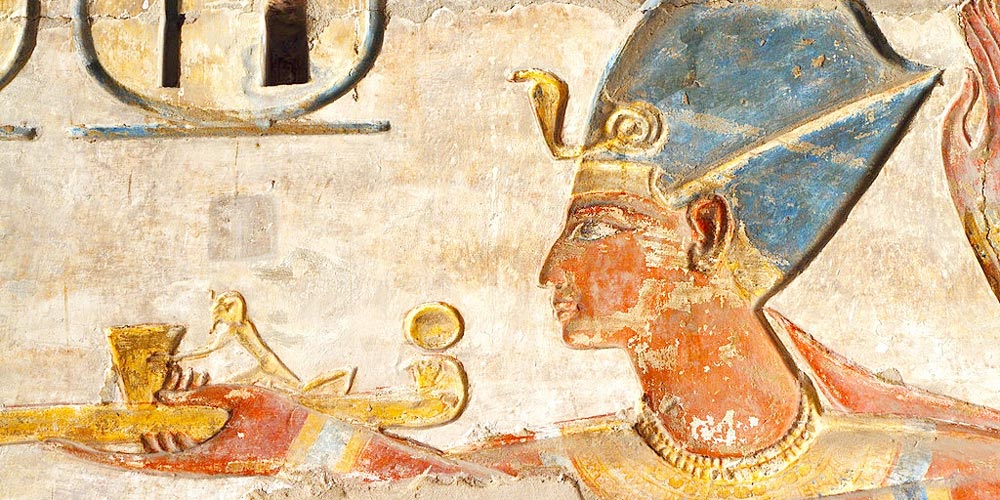 Karnak Temple is the largest religious building all through history, covering about 200 acres and it was a pilgrimage area for about 2000 years. The Hypostyle hall in the temple includes 134 columns, which makes it the largest religious room in any building that has ever been built. There is the main sanctuary, a vast sacred lake, and several smaller temples in Karnak Temple that s why people come from all around the world to visit it.

The Opet Festival in Karnak Temple 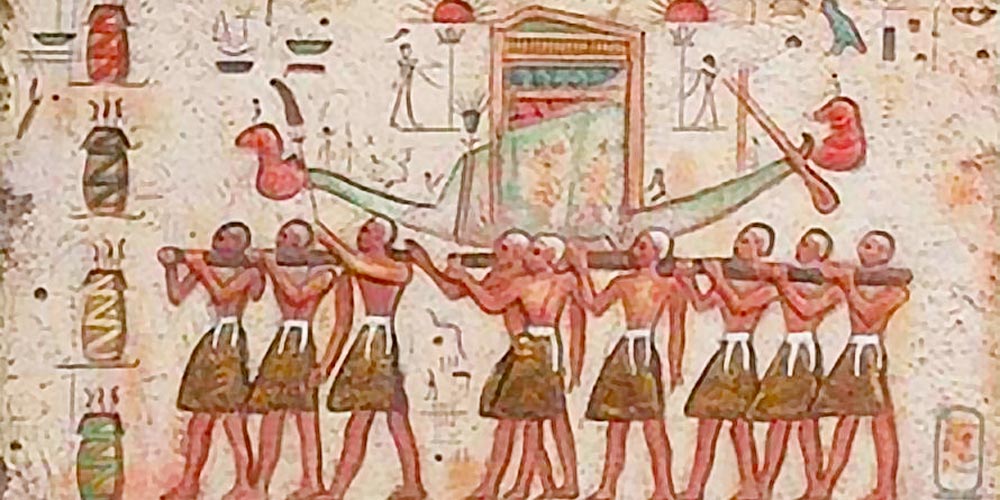 The Opet Festival was held yearly in this temple that lasted for twenty-seven days and was considered a link between the pharaoh and the god, Amun. In such a festival, the statue of Amun was dressed in fine clothes made of linen and priests cover him with pieces of jewelry and then priests put him in a shrine and take him to the public so that they celebrate the great Amun. When they reach the temple sanctuary, people celebrate the fertility of the earth and they were given 11000 loaves of bread and more than 385 jars of beer. Others were allowed to ask questions and priests were answering. 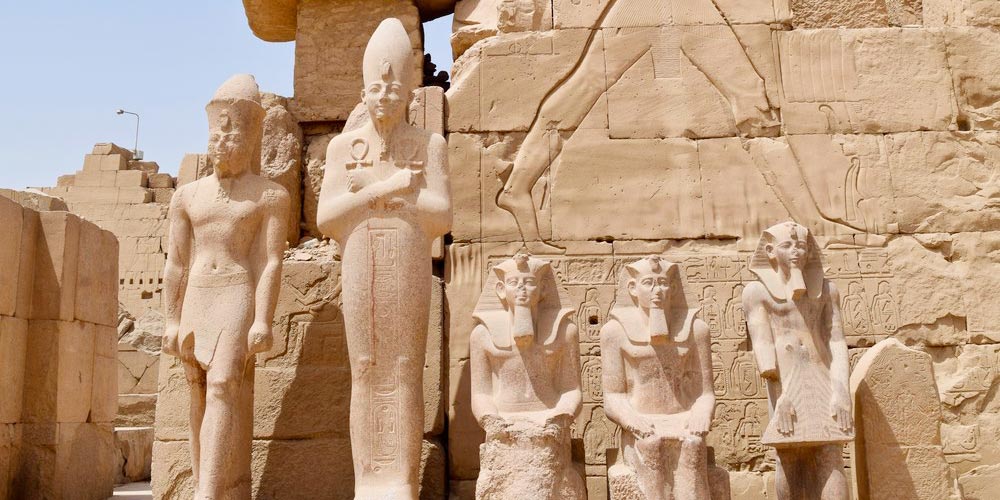 It is the largest precinct in the temple complex, which was dedicated to Amun, the main deity of the Theban triad. There are many colossal statues inside this precinct. It also contains the largest obelisk that weighs 328 tonnes and stands 29 meters tall. 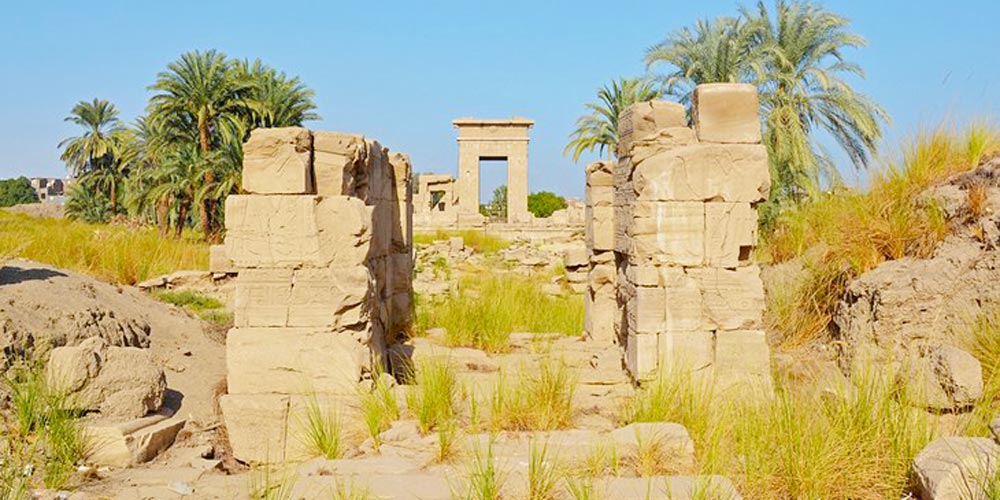 This area was dedicated to Montu. It is located to the north of Amun s complex. There is a large court, which was decorated by a colonnade dating from the 25th dynasty Kushite period. It was built of mud-brick and restored by Nectanebo in the 30th dynasty. 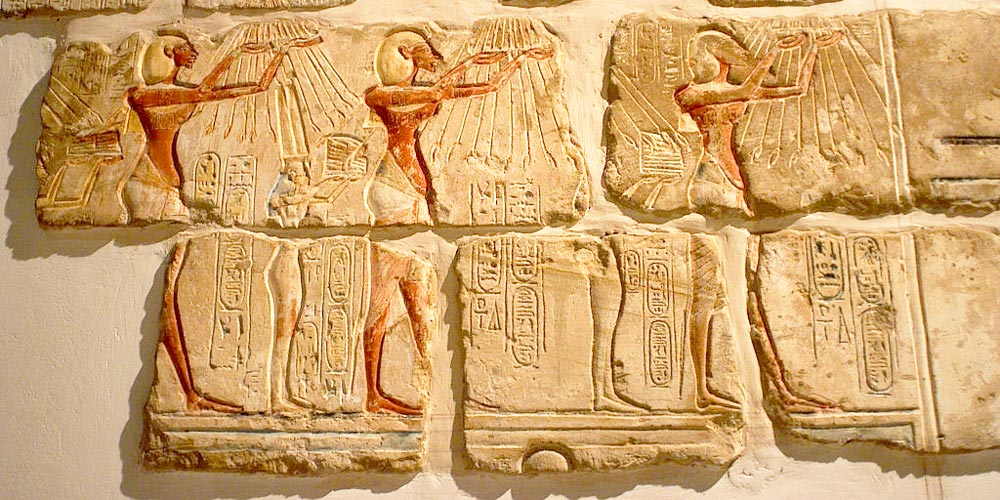 It is located to the east of the main complex and outside Amun s precinct. It was destroyed immediately after the death of the builder, Akhenaten. It was named Gm p3 itn (Gempaaten), which means The Sun Disc is Found in the Estate of the God Aten .

Explore the Majestic Visions of Egypt

Egypt is known as “Land of Mysteries” because it has a lot to offer such as history, ancient architecture, hidden secrets, and more, so it will be amazing to explore these wonderful things through our breathtaking Egypt tour packages which enable you literally to discover all that Egypt has to offer. Also, our Egypt Nile cruise packages provide the best way to discover the amazing secrets of Pharaohs thas stilled long of time uncovered in Upper Egypt where you will sailing on the Nile river and enjoy visiting the best enchanting temples & tombs of Luxor and Aswan. Don’t miss our chance and book us now: